By EMILY P. WALKER MedPage Today Washington Correspondent
Aug. 31, 2011
A U.S. appeals court has ruled that an anorexic woman's insurance company must pay for her treatment at a residential facility because of a California law that requires insurers to provide the same coverage for mental illness as they do for physical illness.
The ruling may have important implications for how insurance companies pay for treatment for patients with mental illnesses in states with strong mental health parity laws.
The case involves Jeanene Harlick, a 37-year-old woman from California who has suffered from anorexia for more than 20 years. In 2006, she began intensive outpatient treatment, but her doctors said she needed inpatient treatment, according to the written decision from the U.S. 9th Circuit Court of Appeals in San Francisco.
For the whole story, go to: 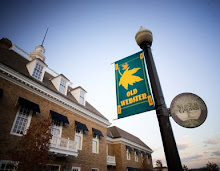